While most businesses were forced to go into lockdown last year, We at Movia took to the streets to advertise some of the biggest companies.

From Walmart to Shoppers and to exciting winnings out of your holiday stockings. Movia had so much fun with these projects. Let’s have a look at some of our successful projects in 2021.

Walmart and the Cookware company

With their largest retailer,Walmart, the cookware company came to MOVIA with a 5 week highly targeted out of home project. This campaign ran in Atlanta, They asked for their brand greenlife to be the highlight of their campaign and that is what we delivered.

Through truck advertising over 14 million impressions were delivered with 800,000 of them being from the targeted demographic. At Movia we do have a knack of going above and beyond. Hence, we didn’t stop there. Trucks displaying ads were strategically placed in the store’s parking lot during the weekends so when they would enter the store, the product would be the first thing they would remember to add to their cart.

While Shopper’s customers were stuck at home, the company along with Dentsu was launching a new fresh food section in Calgary and Edmonton. They needed to reach people that were out and about, commuting and staying at home. All this was happening when Covid restrictions had brought changes in the way people lived their day to day life.

With the help of Movia’s mobile marketing team this news of the fresh food section was brought into key locations and areas nearby Shoppers Drug Mart.

With the help of only 5 trucks over the course of 5 weeks, The campaign brought in over 10 million impressions, many of which helped consumers decide their shopping locations when they were out and about. 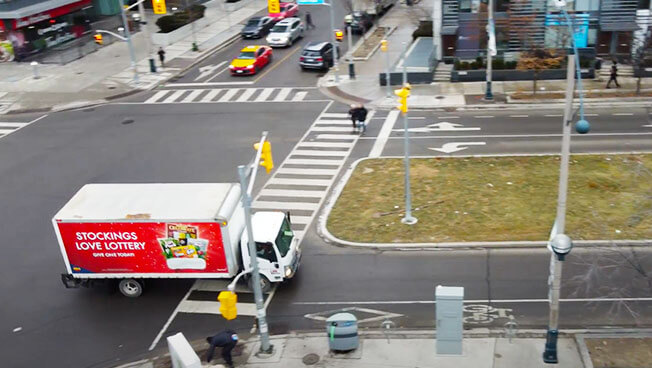 If you had forgotten to fill up christmas stockings and still managed to save christmas on time with a lotto ticket.

You will understand how important these next few lines are going to be.

The Ontario Lottery Corporation came to Movia with one aim in mind,  that was to remind people to pick up lottery tickets for their loved ones for christmas. The Campaign started at the end of November for 5 weeks.

A total of 8 Movia Trucks were booked and conveniently put on routes which included both residential areas and trucks delivering to grocery, convenience stores and pharmacies.

Due to this serving as the last point of ad exposure to potential Christmas shoppers, it was a smart point of purchase for the brand and probably the reason for the winning ticket to reach their owners stockings. 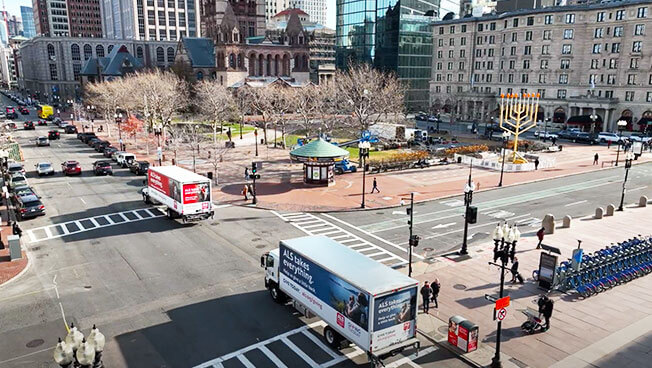 Even though Rare, every year there are at least 5000 new ALS cases. ALS is a crippling disease that, over time, can rob a person of the ability to walk, talk, eat, and eventually, breathe. In other words it gradually takes everything away from the person and their families.

MOVIA, along with the ALS association raised awareness with the help of 23 billboards across the cities from Boston to Seattle in 10 weeks of time.

With 57 million impressions, the emotive moving trucks were hugely successful, prompting trucks to be added in 2 more cities, and increasing impressions by another 5.2 million.