How Much Does it Cost to Put Up a Billboard? 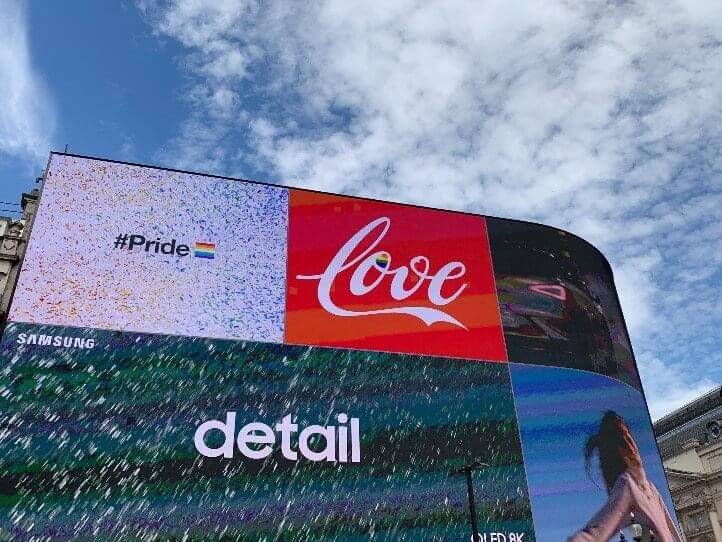 From driving out in the rural areas of Canada to the bustling streets of downtown Toronto, billboards are inescapable mediums that catch our eyes everywhere we go. We can’t click them away or skip a massive billboard after 5 seconds of viewing. Something so big and captivating must be ridiculously expensive to put up right?

Where is the geo-location of the billboard?

The price difference between two billboards can be incredibly huge. Some billboards cost up to 6x more than others despite being exactly the same format and size. Often times the only difference between the two prices is the location of the billboard. Placing a billboard in rural Ontario vs the busiest intersection in Toronto will results in a huge difference of impressions. Because there are far more impression in downtown Toronto than rural Ontario, the cost of putting up a billboard will be increased as that area is more populous.

An example of how location can cause a drastic difference in the total price of a billboard is comparing Cedar Rapids to Los Angeles. Cedar rapids has a total population roughly over 200 thousand, Los Angeles has a total population of over 10 million people. The cost of a digital billboard rented per month in Cedar rapids is $2100-$3500. But the cost of renting one in Los Angeles is $6000-$15,000, having the minimum cost to rent already nearly double the amount of the maximum cost to rent per month in Cedar Rapids. Because location has such a heavy influence on the price of a billboard, advertisers must strategize in advance before selecting an area to put up a billboard.

Another factor that impacts the cost to put up a billboard is the demographics who will be viewing your billboard. Advertisers today have tools to identify the age, gender, and household income (HHI) of people to determine how profitable it would be to put up a billboard. Thus making areas that are comprised of higher income earners more expensive than locations that are low-income.

Before selecting an area to put up a billboard, examining the total volume of traffic that passes by during the weekday and weekend will heavily impact how much the billboard will cost to rent per month. Placing a billboard isn’t as easy as selecting a major city and a frequency. There are areas of major cities that will be exposed to far higher volumes of traffic in comparison to other areas.  A billboard placed near public transit is going to receive far more impressions than a billboard that isn’t located near any subways, highways or streetcars.

Areas that are congested with traffic also play a role in determining the total price of a billboard, as congested locations cause viewers exposed to the billboard to view the ad longer than they typically would. The longer the impression views the ad, the stronger the likelihood of the exposed viewer recalling the advertisement.

Besides location, the formatting of a billboard is the next most influential factor that determines the cost of putting up a billboard. There’s a plethora of billboard sizes available for advertisers to take advantage of. Before brands deicide on the size of the billboard, brands must be aware that in Canada municipalities decide on what city locations are allowed billboards and the maximum size that’s allowed to be erected. This means there are areas within cities in Canada that are illegal to put up billboards of certain sized, or billboard in general.

Billboards that aren’t your gargantuan sized advertisements most likely fall into the category of a vertical or horizontal poster. One of Canada’s biggest out of home supplier, Astral Media measures vertical posters as 16′ H x 12′ W and horizontal posters as 10′ H x 20′ W. Posters are great for advertisers looking to utilize out of home advertising (OOH) with a budget that’s not as big as big name brands.

The larger category of billboards that are hulking in size are known as “Super boards.”  Astral Media states that their super boards are 14′ H x 48′ W. Because of its sheer size, super boards are able to captivate far more impressions than their smaller alternatives. Brands who have large media budgets should take advantage of OOH locations with massive sized billboards.

An interesting approach to OOH advertising that has been incorporating new innovative technology to hyper target audiences is mobile billboards. These are delivery/hauler trucks that have an advertisement wrapped around the exterior of the truck, allowing it to be a mobile billboard. Prices for static trucks can range between $300-$1000 per truck/per day. Digital trucks are more expensive and can be found priced between $800 – $1800 per truck/per day, however advertisers must do their due-diligence and check to see if the location they’d like to advertise allows digital mobile billboards, some municipalities do not allow mobile billboards that are digital.

Because digital billboards stand out as being the most eye-catching and versatile format, they’re priced far higher and are often times only available to big name brands with large advertising budgets.

Although paying a boutique or doing in-house creative work will cost $500-$1000, the creative direction will ultimately decide what format the billboard will be, which highlights how important the design is for determining how much it will cost to put up a billboard.

Once advertisers are in the stage of printing out a billboard, there are a few choices associated with production that can increase or decrease the cost of putting up a billboard. As previously mentioned, static billboards can be built using one of three materials, wood, metal and polyvinyl chloride. Each material has a different price and will have a minor influence on the cost to put up a billboard. The most common and optimal material for static billboards is polyvinyl chloride and is priced at ¢50 per square foot.

Another factor that has an influence on the cost to put up a billboard is the frequency of your OOH ad. The total duration of your OOH ad plays a significant role in determining the cost of a billboard as the longer the duration, the more you will be charged.

Depending on the format of the billboard, suppliers can offer advertisers unique duration of frequency if its optimal for the advertiser’s situation. Because digital billboard doesn’t require printing, attaching and removing a billboard, suppliers are able to allow frequencies less than one month. Advertisers even have the flexibility to set if the duration of their ad only runs during certain times of the day, allowing for more effective targeted messaging.

Throughout the year, Canada celebrates a variety of holidays that alter the consumer behaviour of its citizens. Some holidays slow it down, others increase it. Advertisers must keep an eye on the calendar and know when holidays, festivals and other events will happen around the year as they will alter both the volume of traffic and influence the cost of putting up a billboard. Weather also plays an important role in determining the cost of a billboard. Some formats are more vulnerable to extreme weather conditions like trivision billboards. After rain and freezing temperatures, trivision billboards are notorious for having their prisms freeze in position. Causing the trivision to be stuck on one slide, or even worse frozen while in rotation. This can cause a serious loss of ROI that could be avoided by checking the predicted weather report.

To summarize the answer to the question of how much it costs to put up a billboard in one word two words: it depends. There is so many factors that influence other factors and ultimately the final price of putting up a billboard. Brands can pay $1000 for one billboard and $1,000,000 on another depending on the choices you made while deciding on the perfect billboard for your advertising needs.